Select a Page:
Scroll to top

Where to Find the Best Views of Barcelona

Montjuïc- Montjuïc, also known as “Jewish Mountain,” is a hill in Spain that offers a special view of the city and the Balearic Sea, and also offers many activities ranging from museums to historic 1992 Olympic stadium sightseeing. At the bottom of the mountain is the Montjuïc Magic Fountain that sits in front of Palau Nacional that holds the National Museum of Catalan Art inside. There is a cable car that runs across the mountain taking visitors to the top where the Montjuïc castle, an old military fort, sits. After seeing the castle, visitors can ride down to the Barceloneta beach using the same cable car line.

Park Güell- Park Güell is a public park that has an astounding view of the city and architecture by Antoni Gaudí. It sits on Camel Hill in the Gracia district of Barcelona. In 1914, Antoni Gaudí was assigned as the architect and filled the park with his modernist, mosaic works. Later in 1984, Park Güell was named a UNESCO World Heritage site joining the 6 other famous buildings Gaudí created in his lifetime. The park also features the Gaudí House Museum where Gaudí and his family lived before it was converted into a museum. 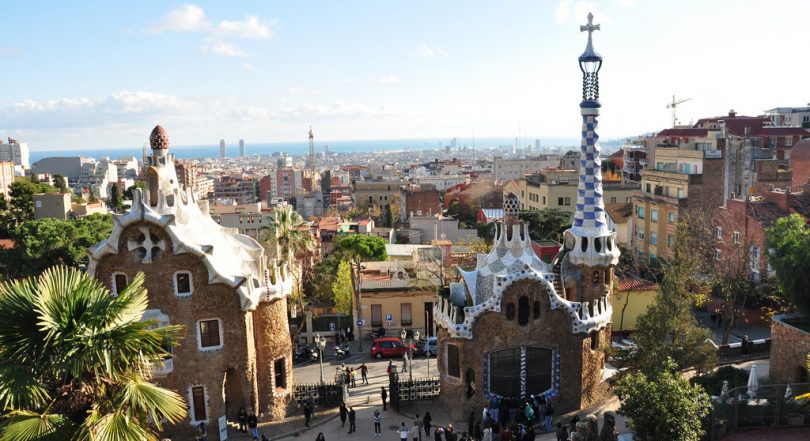 Bunkers of Carmel- Lastly, the Bunkers of Carmel have an amazing 360-degree view of Barcelona, located on top of Turó de la Rovira in the Carmel neighborhood. It takes a bit of hiking to get up there, but the view is worth seeing – you can even see La Sagrada Familia from it! Bring a friend, a bottle of wine and some cheese and crackers to watch the sunset over the city. 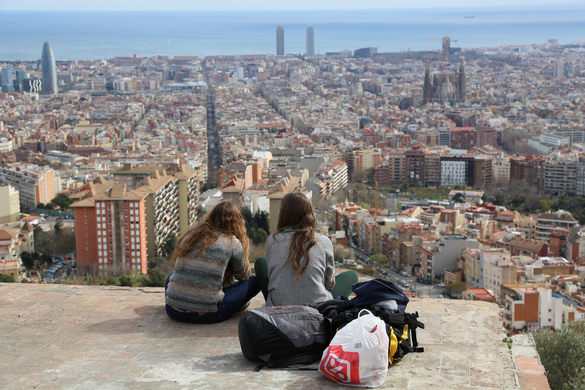 You can get a 16 percent discount if you book with Rent Top Apartments choosing one of our categories for apartments here.